The Kuhistani Badakhshan Autonomous Region (Tajik: Вилояти Мухтори Кӯҳистони Бадахшон, Viloyati Muxtori Köhistoni Badaxshon; also known as Gorno-Badakhshan, after Russian: Горно-Бадахшанская автономная область, abbrev. GBAO) is an autonomous region in Eastern Tajikistan. Located in the Pamir Mountains, it makes up 45% of the land area of the country but only 3% of its population. Prior to 1895, the area of today's Gorno-Badakhshan A.R. consisted of several semi-self governing statelets, including Darwaz, Shughnun-Rushan and Wakhan, who ruled over territories that today are part of Gorno-Badakhshan A.R. in Tajikistan and Badakhshan Province in Afghanistan. The territory was claimed by the Chinese and Russian empires and the Emirate of Afghanistan. The Qing rulers of China claimed control of the entire Pamir Mountains, but Qing military units only controlled the passes just east of Tashkurgan. In the 1890s, the Chinese, Russian and Afghan governments signed a series of agreements that divided Badakhshan, but the Chinese continued to contest these borders, until it signed a 2002 agreement with the government of Tajikistan.

Gorno-Badakhshan Autonomous Region was created in January 1925. It was attached to Tajik Soviet Socialist Republic after the republic's creation in 1929. During the 1950s, the native inhabitants of Gorno-Badakhshan, including many ethnic Pamiris, were forcibly relocated to southwestern Tajikistan. Gorno-Badakhshan absorbed some of the territory of the Gharm Oblast when that territory was dissolved in 1955. GBAO covers all the eastern part of the country and borders the Xinjiang Uyghur Autonomous Region of China in the east, the Badakhshan Province of Afghanistan in the south, and Osh Region of Kyrgyzstan in the north. Within Tajikistan the region's western border is with the Districts of Republican Subordination (DRP) and the tip of its south-western finger (Darvoz District) borders on Khatlon Region. The highest mountains are in the Pamirs (ancient Mount Imeon), which is known as the roof of the world, and three of the five 7,000 meter summits in formerly Soviet Central Asia are located here, including Ismoil Somoni Peak (formerly Communism Peak, and, before that, Stalin Peak; 7,495 m), Ibn Sina Peak (formerly Lenin Peak, and still known by that name on its Kyrgyz flank; 7,134 m), on the border with Kyrgyzstan, and Peak Korzhenevskaya (7,105 m).

The postal services provided in GBAO is by Tajik Post. There are no special postage stamps for GBAO, All Tajik stamps are valid for postage. In 2018, a series of stamps issued by Tajik post, depicting “Regions of Tajikistan”. On the envelope the “GBAO” stamps can be seen, and the provincial related buildings too. 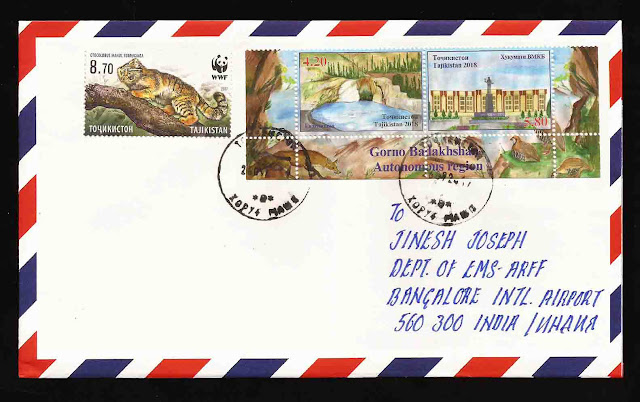 Chukotka Autonomous Okrug (Russian: Чуко́тский автоно́мный о́круг, tr. Chukotsky avtonomny okrug, Chukot: Чукоткакэн автономныкэн округ, Chukotkaken avtonomnyken okrug,) or Chukotka (Чуко́тка) is a federal subject (an autonomous okrug) of Russia. It is geographically located in the Far East region of the country, and is administratively part of the Far Eastern Federal District. Chukotka is the 2nd-least-populated federal subject at 50,526 (2010) and the least densely populated. Anadyr is the largest town and the capital of Chukotka, and the easternmost settlement to have town status in Russia.

Chukotka is home to Elgygytgyn Lake, an impact crater lake and the Anyuyskiy, an extinct volcano. The village of Uelen is the easternmost settlement in Russia and the closest substantial settlement to the United States (Alaska). The autonomous okrug's surface area is 737,700 square kilometers (284,800 sq mi), about 6% larger than the U.S. state of Texas, and is the 7th-largest Russian federal subject. The region is the most northeasterly region of Russia, and since the Alaska Purchase has been the only part of Russia lying partially in the Western Hemisphere (east of the 180th meridian). Chukotka shares a border with the Sakha Republic to the west, Magadan Oblast to the south-west, and Kamchatka Krai to the south.

Chukotka is primarily populated by ethnic Russians, Chukchis, and other indigenous peoples. It is the only autonomous okrug in Russia that is not included in, or subordinate to, another federal subject, having separated from Magadan Oblast in 1993. Chukotka is bordered in the north by the Chukchi Sea and the East Siberian Sea, which are part of the Arctic Ocean; in the east by the Bering Strait and the Bering Sea, part of the Pacific Ocean; in the south by Kamchatka Krai and Magadan Oblast; and in the west by the Sakha Republic. The Chukchi Peninsula projects eastward forming the Bering Strait between Siberia and the Alaska Peninsula, and encloses the north side of the Gulf of Anadyr. The peninsula's easternmost point, Cape Dezhnev, is also the easternmost point of mainland Russia. Ecologically, Chukotka can be divided into three distinct areas: the northern Arctic desert, the central tundra, and the taiga in the south. About half of its area is above the Arctic Circle. This area is very mountainous, containing the Chukotsky Mountains (highest point Iskhodnaya) and the Anadyr Highlands.

Chukotka's climate is influenced by its location on the three neighboring seas: the Bering Sea, the East Siberian Sea, and the Chukchi Sea. The weather is characterized by cold northerly winds that can quickly change to wet southern winds. Cape Navarin has the highest number of hurricanes and storms in Russia. The coastal areas are windy with little precipitation, between 200 and 400 mm per year. Temperature varies from −15 °C (5 °F) to −35 °C (−31 °F) in January and from +5 °C (41 °F) to +14 °C (57 °F) in July. Growing season is short, only 80 to 100 days per year. 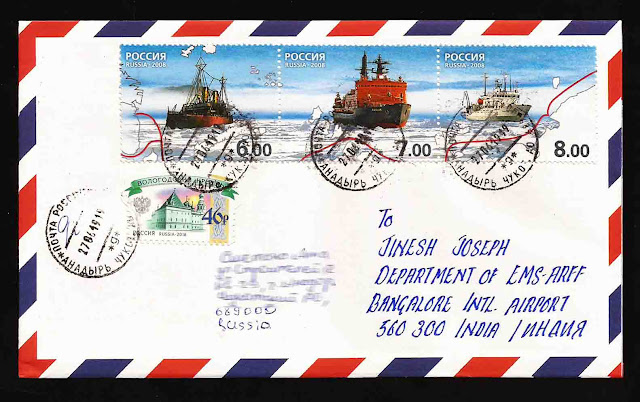 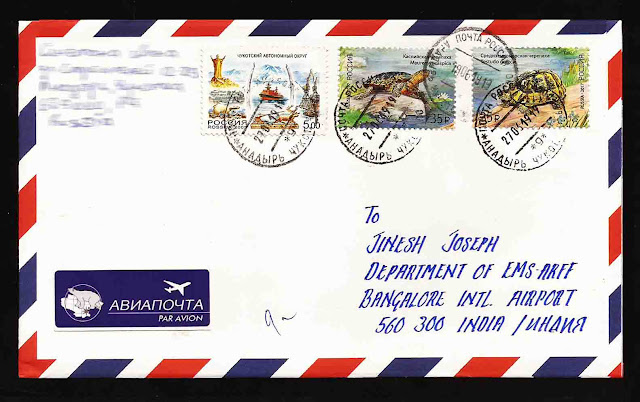 Zanzibar (Swahili: Zanzibar; Arabic: زِنْجِبَار‎, romanized: Zinjibār) is a semi-autonomous region of Tanzania. It is composed of the Zanzibar Archipelago in the Indian Ocean, 25–50 kilometres (16–31 mi) off the coast of the mainland, and consists of many small islands and two large ones: Unguja (the main island, referred to informally as Zanzibar) and Pemba Island. The capital is Zanzibar City, located on the island of Unguja. Its historic centre is Stone Town, which is a World Heritage Site. Zanzibar's main industries are spices, raffia, and tourism. In particular, the islands produce cloves, nutmeg, cinnamon, and black pepper. For this reason, the Zanzibar Archipelago, together with Tanzania's Mafia Island, are sometimes referred to locally as the "Spice Islands" (a term borrowed from the Maluku Islands of Indonesia). Zanzibar is the home of the endemic Zanzibar red colobus, the Zanzibar servaline genet, and the extinct or rare Zanzibar leopard.
Zanzibaris speak Swahili (Kiswahili), a Bantu language that is extensively spoken in the African Great Lakes region. Swahili is the de facto national and official language of Tanzania. Many local residents also speak Arabic, French and/or Italian.

The main island of Zanzibar, Unguja, has a fauna reflecting its connection to the African mainland during the last Ice Age. Endemic mammals with continental relatives include the Zanzibar red colobus (Procolobus kirkii), one of Africa's rarest primates, with perhaps only 1,500 existing. Isolated on this island for at least 1,000 years, this colobus is recognized as a distinct species, with different coat patterns, calls, and food habits from related colobus species on the mainland. The Zanzibar red colobus lives in a wide variety of drier areas of coastal thickets and coral rag scrub, as well as mangrove swamps and agricultural areas. About one third of them live in and around Jozani Forest. The easiest place to see the colobus is farmland adjacent to the reserve. They are accustomed to people and the low vegetation means they come close to the ground.

Rare native animals include the Zanzibar leopard, which is critically endangered, and the recently described Zanzibar servaline genet. There are no large wild animals in Unguja. Forested areas such as Jozani are inhabited by monkeys, bushpigs, small antelopes, African civets, and, as shown by a camera trap in June 2018, the elusive leopard. Various species of mongoose can also be found on the island. There is a wide variety of birdlife and a large number of butterflies in rural areas. Pemba Island is separated from Unguja island and the African continent by deep channels and has a correspondingly restricted fauna, reflecting its comparative isolation from the mainland. The island is home to the Pemba flying fox. Zanzibar is a semi-autonomous part of the United Republic of Tanzania, in East Africa. It comprises most of the Zanzibar Archipelago in the Indian Ocean. The islands were once governed by the Zanzibar Sultanate, a sovereign state with a long trading history within the Arab world. In 1964 it united with Tanganyika to form Tanzania.

Before dedicated Zanzibar stamps could be manufactured, Indian stamps were sometimes locally overprinted, at the offices of the Zanzibar Gazette, which had the only printing press in the territory. Any Indian stamps or covers used in Zanzibar between 1854 and 1876 are rare. A post office under Indian administration provided postal services from late 1868 through early 1869. This was re-opened 1 October 1875 as a foreign post office having special relations with the Indian Post Office, and the use of Indian stamps was required.

By treaty in 1862, Great Britain, France and Germany had agreed to respect the independence of Zanzibar. However, in 1890 the Sultanate, including Pemba and a ten-mile wide strip of land along the coast, placed itself under the protection of Great Britain. On November 10, 1895 the post office was transferred to British East African administration. Indian stamps overprinted "Zanzibar" were issued in 1895. In addition to the Zanzibar post office, there were six other post offices on Zanzibar and three offices on Pemba. A French post office operated from January 16 1889 to July 31 1904, and a German postal agency operated from August 27 1890 to July 31 1891. The first set of definitives was issued in 1896 depicting the Sultan. Zanzibar issued stamps as a British protectorate until regaining independence in 1963. When the sultanate was overthrown and a republic established in 1964, stamps were overprinted "JAMHURI" (Swahili for 'republic'). After Zanzibar joined Tanganyika to form Tanzania, stamps were issued until 1967. 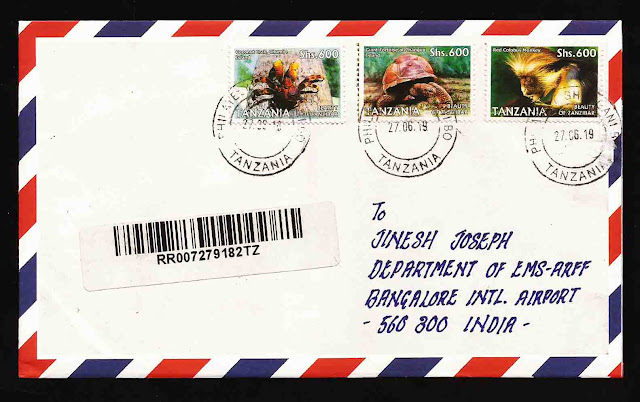 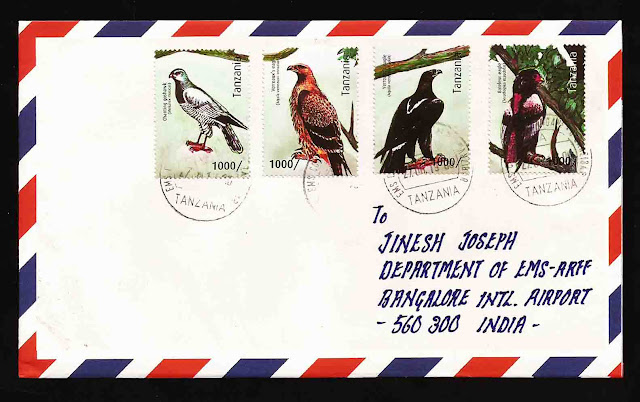